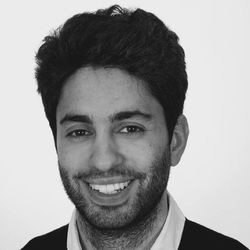 Amon Ghaiumy is the Director of EMEA at Moat, an analytics and intelligence company focused on digital advertising. Moat develops technologies to help brand advertisers and publishers evaluate, optimize, and transact in digital advertising by measuring attention. In his role, Amon cultivates partnerships across the digital advertising ecosystem in European, Middle Eastern and Asian markets. By collaborating with executives at agencies, leading global brands, premium online publishers, and many of the world's leading platforms, Amon delivers technology that enables his partners to build programs that drive brand-safe messaging and effectively capture attention online. Prior to Moat, Amon held positions at Deutsche Bank and KPMG. Amon is based in London, United Kingdom and has a B.A. in Economics from Brown University.