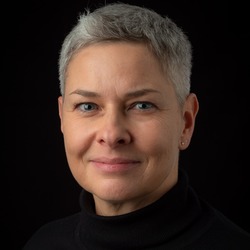 Karin Libowitzky has taken over as CEO at Vizeum Germany in summer 2016. Prior to that, she was Managing Director at Vizeum Germany and responsible for strategy and digital transformation.br> In 2003, she started her career at beyond interactive/ MediaCom in Vienna. From 2008 until mid-2010, Karin was deputy managing director at MediaCom Interaction in Düsseldorf. In this role, she was in charge of online strategy and consulting. In September 2010, Karin was appointed managing director of Mediaby, a SinnerSchrader subsidiary which merged with Next Audience in 2012.
Before joining Vizeum in November 2015, she was Managing Director and Chief Commercial Officer at Next Audience. During this time, she oversaw the development of a comprehensive data management platform that enables advertisers to combine data from different channels with insights from analytics, ad serving, and data management data in order to achieve a more targeted customer approach.