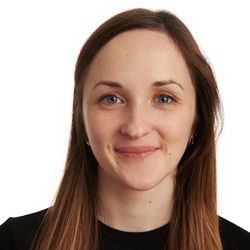 Anne Coghlan is co-founder and COO at Scope3, the source of truth for supply chain emissions data. Before co-founding Scope3. Anne was head of product at Waybridge, a company created to make the supply chain for raw materials more efficient, resilient, and sustainable. A product leader in the advertising technology market, Anne has previously held senior product roles at AppNexus (re-branded as Xandr and recently acquired by Microsoft), where she was responsible for the strategy and commercialization of the the industry’s first programmable DSP. She was award the Drum’s 50 under 30 Women in Digital in 2018. Before AppNexus, Anne led a system integration test team through major transformation projects for a global media communications company. Anne has served as co-chair of the EMEA AppNexus Women’s Network helping the leadership team drive the conversation on gender equality in the workplace, through events, support and networking. Anne attended the University of Warwick where she earned a BSc in Mathematics, and UCL, where she gained a Masters in Philosophy.