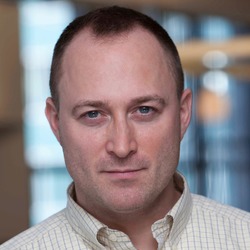 Katsur has previously held positions at companies including DoubleClick, MediaMath, Rubicon, Sonoboi, Nexstar Media Group, and more. A sought-after speaker, he has appeared at events including the National Association of Broadcasters, AdAge’s Brand Summit, and Advertising Week and has been quoted in The Wall Street Journal, AdAge, Adweek, AdExchanger, and Digiday.

Prior to Nexstar, Katsur served as President of Sonobi, where he implemented their product and go-to-market strategy around people-based marketing. Katsur developed strategic partnerships with leading media companies, agencies and brands across the globe.

Katsur also held global leadership roles at Rubicon Project as Executive Vice President of Business Operations and General Manager of Buyer Cloud and held global executive roles at MediaMath and Maxifier, where he served as Chief Executive Officer. Earlier in his career, he joined DoubleClick via the acquisition of NetGravity where he led multiple engineering divisions and grew through a series of product and engineering leadership and general management roles.