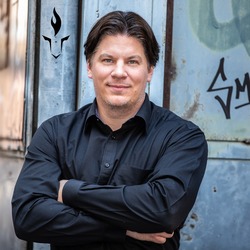 Dino Bongartz studied economics at the University of Marburg. During his studies, in 2001he founded mediasquares GmbH and established the company among the top 5 German online advertising companies over the next few years. mediasquares customers include publishers and advertisers such as Axel Springer, Coca-Cola, NBA.com, Vodafone and sport1.de. In 2005 he sold mediasquares GmbH to the Stock Exchange listed marketer adpepper AG, where he continued to work as Managing Director until 2007. In 2008 he started Jogo Media, an international player for in-game advertising. In the years that followed, he was an investor in MarTech companies such as smartclip and Kush TV. In 2013 he founded The ADEX GmbH, the leading European provider of data management technologies, with customers such as Otto, Orange Telecom and ebay. He sold The ADEX to the ProSiebenSat.1 Group in 2017 and was Managing Director of the MarTech division until 2022. Since 2022 he has been leading the private equity company BlackVenture in Berlin, whose funds invest in the areas of cyber security, blockchain and AI.