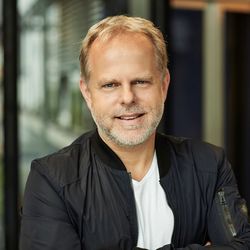 The father of two grew up in France and Germany and has been active in the digital economy since 1996. According to the trade magazine W&V, he is considered one of the best-networked managers in the industry and has received several awards as an entrepreneur and lecturer.

Fortmann founded his first company at the age of 23 and looks back on international experience as a startup founder as well as stations as managing director of some well-known international companies in the digital industry such as AOL and Pixelpark.

Since 2013, Fortmann has dedicated himself to the HR consulting industry and has thus been able to merge his passion for people and digital. At executive search firm five14, the CERC/BDU-certified HR consultant is responsible in particular for advising corporate groups and market-leading medium-sized companies on the replacement of management positions and assists them in the strategic planning and implementation of their digital transformation.

For more than sixteen years, he was committed to the industry in the Bundesverband Digitale Wirtschaft (BVDW) e.V. (Federal Association of the Digital Economy) and was a member of the executive committee for ten years. He founded the department Arbeitswelt der Zukunft (Working World of the Future) and led it until the end of 2019 as Ambassador Arbeitswelt der Zukunft (Working World of the Future), advocating for the interests of the digital industry and the establishment of New Work principles in politics, business and education. Fortmann has lobbied numerous educational institutions to establish digital education and training programs and has developed many curricular offerings. For many years, he himself has been happy to pass on his knowledge as an adjunct lecturer for online marketing and digital change at various universities and has been awarded Lecturer of the Decade at the DDA, among others. Since 2021, he has been a board member of the professional association for personnel consulting of the Bundesverband Deutscher Unternehmensberatungen (BDU) e.V. (Federal Association of German Management Consultancies).

He is also a book author and, together with Barbara Kolocek, editor of the title Arbeitswelt der Zukunft (Working World of the Future) published by Springer Gabler Verlag in December 2018 (over 524,000 downloads*). In September 2019, he published and brought out the award-winning book #FemaleLeadership Pictured, designed by Fienbork Design, which contains forty interviews and ten expert contributions on the topics of leadership and diversity, paired with portraits by star photographer Frank Wartenberg. In September 2020, Frankfurter Allgemeine Buch Verlag published The Unknown Is the New Normal - What We Learn from the Corona Challenge for Digital Transformation, which he co-edited with his business partner Daniela Conrad, and in October 2020, Springer Gabler Verlag published his latest edited work Digitalisierung im Mittelstand (over 67,000 downloads*).

Harald R. Fortmann lives lifelong learning and is therefore active as a mentor for startup founders, for example for the WeWork Labs. Here he passes on his knowledge, connects young founders with his extensive network and thus always keeps his finger on the pulse of digital change in sparring with the young founders.

For Fortmann, despite all the digitalization and his own enthusiasm for digital progress, the focus is always on people. He is concerned with discovering potential in candidates rather than filling positions with experience - because it is the rulebreakers who move a company forward.