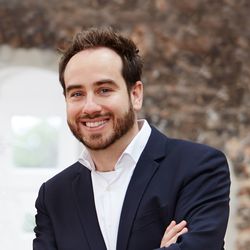 Since March 2015 Sebastian Sachs, CRO and Co-Founder, leads his own AdTech business orbyd together with his two Co-Founders Frederike Voss and Robert Scharni. Orbyd is a full-service provider of Real Time Advertising services and products for publishers and saleshouses in Germany, Austria and Switzerland. Until recently, he was Senior Account Manager Central Europe for AppNexus in Hamburg. In this role he was responsible for developing and managing RTA-strategies with international clients, such as Omnicom Media Group, Dentsu Aegis Media and IPG. Before joining AppNexus, Sebastian Sachs worked for metrigo GmbH and was responsible for all new business at one of the first german based Demand Side Platforms (own bidder-technologie). Previously he was one of the founders of twindepot in March 2011 and head of Marketing and Sales. From 2008 until 2011 Sebastian also was a consultant in online marketing, Direct Ads and New Business. Ahead of his career in the online marketing industry he studied at the University of Muenster. Sebastian Sachs holds a Master of Science in Business Management.