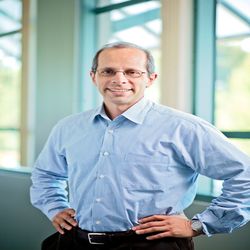 Richard Frankel, founder and president of Rocket Fuel, is a visionary and innovator for the digital industry, especially with regard to programmatic media buying. He has over 15 year experience in the online advertising space and his extensive expertise has helped companies like NetGravity, DoubleClick and Yahoo generate millions in revenue. At Yahoo! Richard Frankel was in charge of advancing Behavioral–Targeting. Previously Richard Frankel held General Manager positions at DoubleClick and NetGravity, where he was responsible for co-developing the first internet server for advertisements. He holds a Bachelor of Engineering from Princeton University and a Master in English and Classics from San Francisco State University.