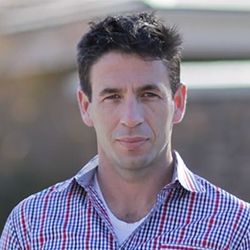 Yoav Arnstein leads LiveRail's International business from our office in London, where he overseas all commercial operations, including sales and services. Yoav joins LiveRail from Legolas Media where he was CEO and grew the company to a multi-million dollar revenue business. Prior to Legolas, Yoav was at Eyeblaster (now MediaMind) where he was GM International, and then GM North American operations. At Eyeblaster, Yoav oversaw revenue growth of more than 5x, opened multiple international offices and helped build Eyeblaster into the world's leading rich media ad platform. Yoav holds a B.Sc in Computer Science and Statistics from Tel-Aviv University and an M.Sc. in Computer Engineering from Denmark's Technical University.