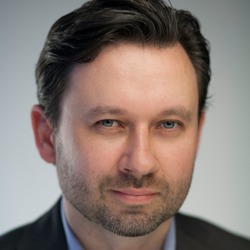 As Director, Business Development for Rakuten Advertising since April 2020, Gregor is responsible for the strategic development and sales of the business’ media inventory in the German-speaking area, particularly video and CTV advertising. An expert in the transformation of TV advertising caused by new streaming offers and programmatic opportunities, Gregor has been deeply involved in the industry since 2008. Prior to Rakuten Advertising, Gregor was responsible for creating programmatic marketplaces for digital video and audio offerings at Viacom and Freewheel (a Comcast company). In his position as Business Development Director at The Trade Desk, he introduced audio as an additional channel for buyers, which he had previously implemented SSP-side at one of the largest audio marketers in DACH: RMSi Radio Marketing Service. During his tenure at Millennial Media, he generated success in Programmatic Mobile, and established Contextual Video (InText Video) as a standard advertising form in the DACH market in his 6.5 years at Vibrant Media. Gregor has also held several management positions at Lycos Europe and Map24, Nokia, conVISUAL AG and Alcatel-Lucent, where he gained his very early first experience with advertising on mobile.