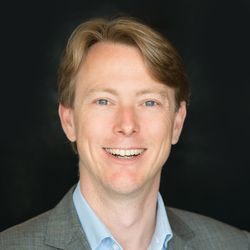 Charged with spearheading the company’s international expansion efforts, Jay brings more than fifteen years of interactive marketing and international business experience to his role. He has been responsible for building the company’s presence from the ground up across the UK, France, Italy, Germany, Australia, and more recently Japan, Scandinavia, LATAM and MENA regions. Before joining Rubicon Project in May of 2009, Jay served as SVP at MySpace/Fox Interactive Media. He was the social network’s first hire outside of the US, where he launched and oversaw operations and expansion across 12 European territories. Prior to joining MySpace in February 2006, Jay served as Director of International for Silverpop, the leading email marketing software and services provider and greenfielded their business into the UK. He previously was a member of the founding team and served as the Director of Marketing for Radical Communications, where he drove the company’s day to day marketing operations. Jay began his career in interactive media in 1998 directing the digital marketing practice for AlexanderOgilvy Public Relations, managing the DoubleClick and RelevantKnowlege accounts for the boutique technology marketing communications firm. Jay has recently been recognized as ‘Ad Tech Personality of the Year’ at ATS London 2015, The Drum’s 8th most influential person in digital media in the UK, and was listed 30th on City A.M.’s Top 100 Media Powerlist. He has also served as a press aide to former President Jimmy Carter and holds a B.A. in History from Emory University.