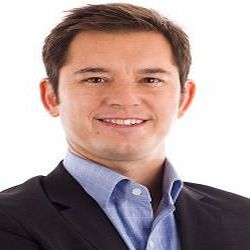 Eric St. Gemme has a diverse background in the technology, media and venture capital industries. Starting his career at Gruner & Jahr, he then moved on to a pioneering interactive television program at NBC Europe called NBC GIGA. Afterwards, he spent seven years in both the US and Europe in sales at Intel Corporation. For the four years prior to joining wywy, Eric advised and raised capital for several start-ups and private equity funds.