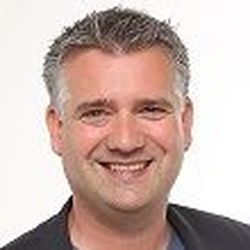 As Country Manager Germany of StickyADS.tv, the leading provider of Private Exchange software, Marco Dohmen heads the Hamburg office since its opening in April 2014. In his role, he is responsible for corporate management affairs as well as the long term establishment of StickyADS.tv on the German market. For more than 14 years, Marco Dohmen has been primarily working in the areas of Adtech and Publisher Services. Previously, he worked for DQ & A both as Managing Director Germany and Global CCO. During this time, he was responsible for business development and customer service in Germany. Prior to that, he operated as a product developer and Sales Marketing Director at Lycos Europe. As Lab Manager for Video Programmatic at Bundesverband Digitale Wirtschaft (BVDW), Dohmen is driving the development of publishers from the DACH region in the field of Programmatic Video. The native Rhinelander is married and has two children. In his spare time, Marco enjoys boxing and cooking.