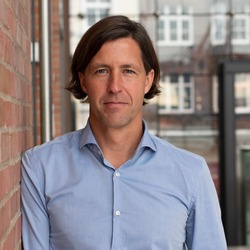 As VP Publisher Central Europe & Head of External Relations EMEA Thomas Mendrina is responsible for Xandr' sell side business in Central Europe. One of his main goals is to strengthen the relationship with all publishers. In addition, he is responsible for helping Xandr build and maintain relationships with important organizations and industry bodies. In his previous position as General Manager International he was in charge of the development of the consent management platform Sourcepoint in Europe. Previously, Mendrina led the Media Publishing business unit at Google in the DACH region and, as Head of Marketplace Development, also accelerated the programmatic growth of the Google Ad Exchange. As Head of Commercial Development at Axel Springer, he developed and was responsible for non-traditional digital marketing activities. Since July 2020 he’s serving as the Chair of the TCF Stearing Group at IAB Europe and as of recently he’s been elected into the Board of Direcors of IAB Europe.