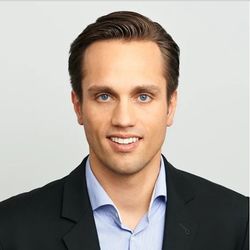 Raimund Bau founded So1 in 2012 together with Sebastian Gabel. In So1 he combines his 10 years of experience in mathematical modeling with his deep knowledge of the fast moving consumer goods industry into a business model designed to disrupt the worldwide price promotion market, which is estimated to be €1tr in size. Raimund started his career at Henkel and there managed the largest European laundry detergent brand with € 220 Mio revenue p. a. . Alongside his management career, he worked together with academic and industry researchers to build better mathematical models to predict individual shopping behavior. Raimund co­founded a consulting firm which employed the most advanced econometric models to help CMOs allocation their budgets and setting the right prices. The firm was successfully sold in 2012. Since then he is obsessed with the idea of using artificial intelligence to make the old utopia of segment­of­1 marketing come true.