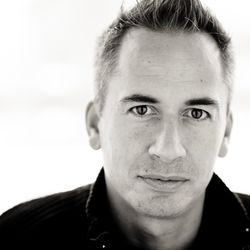 After a rather unsuccessful career as a professional musician, Tom began building websites while still studying in the 90s (computer science, English and German).
Early in his career, Tom led the development of search engines including Lycos, HotBot and Fireball. After the rollout of the European search engine Seekport, he worked for Ask.com as Director International Search Products before becoming Director of Search at uniquedigital in Hamburg. From 2011 to 2016, Tom worked at Google, heading the sales efforts for Enterprise Analytics products in DACH and CEE. Since 2017, he is the Director Data and Analytics at Interone.
Tom is also author of the first German book on Web 2.0, and has also published on SEO, professional blogging and mobile web. He is a certified project manager (PMP) of the Project Management Institute and a lecturer at HAW Hamburg.