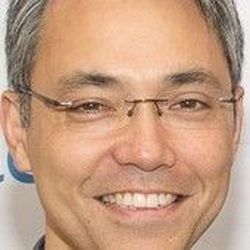 Founder and CEO of Adello.
Mark Forster established Adello as a leading predictive advertising technology used by global brands and partners such as Intel, Credit Suisse or Clearchannel.
He is a successful entrepreneur with three exits so far. He has the proven ability to build and scale technology startups. His approach is to challenge the status quo, understand the dynamics, create a winning formula and to motivate a rock-star team to make it happen.
Fluent in English, German and French, conversant in Spanish.
Previously founded and funded OnEmotion, establishing it as the leading Swiss mobile marketing company between 2006 and 2008. Ran the first mobile advertising campaigns in Switzerland back in 2007. The company was acquired by Goldbach Group (GBMN.SWX) in 2008. Before Goldbach, Forster led MINICK Switzerland from 2004 until MINICK was sold to Swisscom in 2006.
Mark Forster is an active Angel Investor/Co-Founder of tech startups and a jury-member of Venturekick.