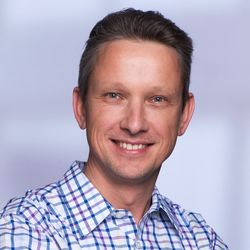 As Managing Director of ProSiebenSat.1 Digital GmbH, Michael Jaschke is responsible for the expansion of the digital AdVoD business and the further development of digital innovations. In May 2016 he founded glomex GmbH - a global and open marketplace for premium video content. glomex GmbH is a wholly owned subsidiary of ProSiebenSat.1 Media SE.
After studying electrical engineering at the Technical University of Munich, Jaschke began his professional career at Siemens AG, where he directed the destiny of the telecommunication department in the North American market. After twelve years at Siemens, Jaschke switched from the Group to the Start-up-World. In 2005, and founded Infotradix LLC, a technology and consulting company specializing in mobile advertising and social media. As founding CEO, he was responsible from 2007 for the development of the software company Elanti Systems, a spin-off of the Australian Telstra Corporation, as well as its successful sale and integration into VPI Systems Inc.
As a result, Jaschke, among others, founded Speadi LLC and after only six months of development launched the Speadi app, which enables companies to market ad-hoc offers for end users. With 48Bricks Inc., Jaschke completed his US start-up activities in 2015 with a personal recommendations-based advertising and shopping platform.