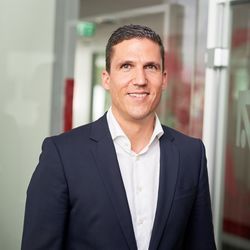 Dr Jens Mittnacht was appointed Managing Director of SevenOne Media in January 2013. His responsibilities at SevenOne Media include Finance, Strategy and Business Development.
In 2009 he came to the ProSiebenSat.1 Group - initially as a Director in Project Management Office of the Holding. In 2010 he moved to SevenOne Media as Director Revenue Management and eventually became deputy Managing Director. Before entering the media industry, he worked for more than eight years at McKinsey. Since January 2016 he also assumed the presidency of the ProSiebenSat.1 AdTech Solutions. At AdTech Solutions ProSiebenSat.1 consolidates the AdTech shares in the investments in Virtual Minds and SmartStream.