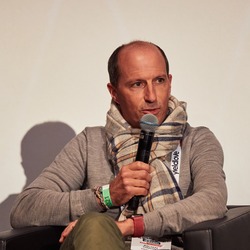 Julian Simons has been acting as Managing Partner of mediascale GmbH & Co. KG together with Wolfgang Bscheid since June 2006. His primary focus lies in strategic development and client relations along with finances and staffing. Julian has been with mediascale since its founding year in 2002.Before joining mediascale, Julian was Head of Efficieny Planning with Serviceplan Group. His career started after his studies in business and economics in Augsburg at the Plan.Net Group, where he was in charge of business development between 1998 and 2001. Julian is also chairman for the focus group Real Time Advertising with the Bundesverband Digitale Wirtschaft (BVDW) and member of the DDOW, which is the German committee for data privacy in online marketing