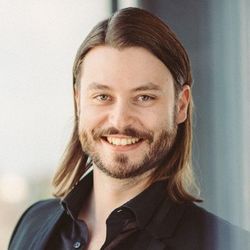 Julian Schroll has been General Manager EMEA at Singular since August 2016. Together with a team of over 10 employees in Berlin, he is responsible for the development of new business activities and relationships in Europe, the Middle East and Africa.
Julian Schroll has many years of experience in the management of marketing and sales teams in the digital economy.
Prior to joining Singular, he was Director of Business Development Central Europe at TUNE, focusing on the setting up and development of business in Europe. Prior to that, he was responsible for the MUZU.TV music video platform in Germany, Austria and Switzerland (DACH) as Country Manager.
Other managerial positions were held at GLAM Media and MySpace.com, as well as at the prestigious Berlin digital agency "Torben, Lucie und die gelbe Gefahr - Torben, Lucie and the Yellow Peril (TLGG)", where he was responsible for international communication projects for brands and companies such as Mars Company, Microsoft and Wrigley.