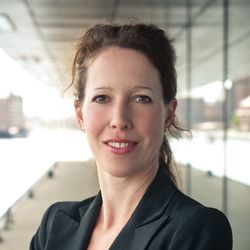 Since 2008, Juliane Paperlein has been head of the media centre of HORIZONT, the specialist medium for marketing, advertising and media, which is published in the dfv media group in Frankfurt am Main. The graduate economist has worked for HORIZONT since 2000; from 2002 to 2008 as Berlin correspondent. She is primarily concerned with the changes in the media business, especially in TV, radio and digital.