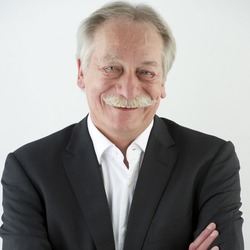 Bio Thomas Koch Thomas Koch is 70 years of age and has been in the media business for 50 years. He spent fourteen years as media planner and head of media in ad agencies such as GGK and Ted Bates Worldwide. In 1987, he founded “thomaskochmedia” in Dusseldorf, which eventually became the largest media independent in Germany. In 2002, Koch merged his agency with Starcom Germany and was appointed CEO of tkmStarcom, then 7th largest media agency of the country. In 2008, he joined the independent media agency Crossmedia as member of the board. Koch then co-founded “Plural Media Services” in Berlin, supporting independent media in emerging markets. From 2011 on, Koch consults agencies, advertisers and media houses with his business consultancy “tk-one”. In 2017 he founded The DOOH Consultancy as the first media agency in Europe solely concentrated on the DOOH business. The German business magazine, Capital, described Thomas Koch in 1995 as “most profiled mastermind in German advertising”. In 2004, Media & Marketing Europe included Koch in their list of “visionaries, movers and shakers”, together with Maurice Levy, Rupert Murdoch and Sir Martin Sorrell. At the occasion of the 10th anniversary of the German Media Award in 2008, Koch was announced Media Personality of the Year. In 2011 he received the Signs Award for his engagement in crisis regions.