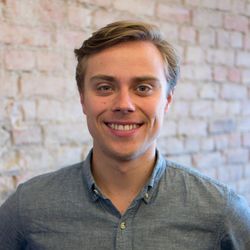 Malte Kosub is co-founder and managing director of Future of Voice GmbH. His role at the Berlin-based company, which was one of the first companies in Germany to work with Amazon’s Alexa and was chosen by Amazon to be the German Alexa Champion, sees him consult for companies such as Bayerischer Rundfunk, ERGO and Evonik on the topic of voice assistants. Before working at Future of Voice, he founded the e-commerce start-up Wandnotiz, which was sold to a medium-sized printing network at the beginning of 2017. Furthermore, Malte brought to life the largest music competition for schools in Germany – Talented. He has received numerous awards for his extraordinary voluntary commitment, from the Ministry of Economics and the Hermann Ehlers Foundation among others. Malte studied business at the University of Hamburg, Harvard and MIT.