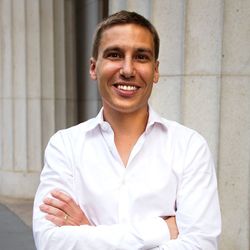 As Chief Product Officer, Romain is responsible for the oversight of all aspects of product development, platform strategy and operations, and product design. He also works closely with R&D, Sales & Operations and Marketing to help Smart achieve its overall business vision. He joined Smart in April 2007 as a Sales Engineer for France. In 2009, he assumed overall responsibility for the German office as well as for the Central and Eastern European markets. In 2014, he became US Regional Manager, where he led the growth of Smart’s business division in North America. Prior to Smart, Romain was a Sales Engineer at AT Internet, a web analytic company. He has also co-founded a wind energy consulting company. Romain holds a master’s degree in Engineering from École Centrale de Nantes., France.