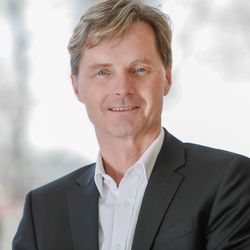 Manfred Klaus has been a Managing Director and partner of the Plan.Net Group in Munich since August 2004 and spokesperson for the Executive Board since 2013. At the Group, he is responsible for the areas of strategy and company development, acquisition as well as media, technology and finance. Prior to this, Klaus, who has a degree in business administration, had been the founding Managing Director of Overture since November 2001. The company was behind the successful introduction of the search engine marketing business model, which had been relatively unknown in Germany until then. His professional career also included posts at Focus Digital AG, where the last position he held was Marketing and Sales Director, and the online marketer Interactive Advertising Center, which he also managed as the founding Managing Director.

As the spokesman for the Fachgruppe Online Mediaagenturen (FOMA; professional group for online media agencies), Klaus has been representing the interests of agencies in the online advertising market since the spring of 2007.