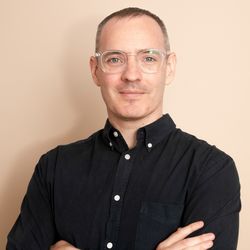 Craig Silverman is an award-winning author and journalist and one of the world's leading experts on online misinformation, fake news, and content verification. He is the media editor of BuzzFeed News where he leads a global beat covering platforms, online misinformation, and media manipulation. His reporting on ad fraud has exposed schemes that are estimated to have stolen hundreds of millions of dollars, and caused the removal of dozens of apps and websites from major app stores and exchanges. Craig was named to the Politico 50 for his work exposing fake news and its effect on American politics and is the 2018 recipient of the Carey McWilliams Award from the American Political Science Association, which honors “a major journalistic contribution to our understanding of politics.” His journalism and books have been honored by the Mirror Awards, U.S. National Press Club, National Magazine Awards (Canada), Digital Publishing Awards, and Crime Writers of Canada.