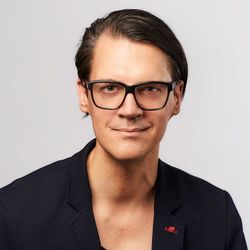 Having started studying in 2000 to become a commercial lawyer majoring in marketing and communication at the Rheinischen Fachhochschule Cologne, Kai Prohaska began working in editing and production for various TV programs. From 2005, Kai Prohaska worked for the Omnicom Media Group in various positions at global media networks OMD and PHD Germany in national and international media – most recently as Digital Director. He subsequently worked as Digital Director at Universal McCann, where he was responsible for digital agency business. In November 2012, he began working as Director Interactive Communications at the Addressable TV start-up teveo interactive GmbH and was in charge of developing the "spin-off", Warptrack. In December 2015, he moved over to the broadcasting side in marketing for Seven One Media (Pro7Sat.1 Media SE) as Director Addressable TV, where he is responsible for the Addressable TV sales activities on a national level across Germany. Kai Prohaska was born in Frankfurt am Main in 1976.