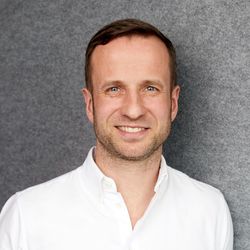 Tino Krause heads the company's business development in Germany, Austria, and Switzerland as Country Director for DACH. With more than 15 years of experience in leading media agencies and companies, he is recognized by the German marketing industry as one of its leading experts and representatives.

Before joining Facebook, Tino Krause was Chief Executive Officer at MediaCom, Germany's largest media agency, where he was responsible for strategic development, as well as the optimization of existing business and customer expansion.

From 2013 to 2017, Tino worked for the media agency MEC (now Wavemaker), first as Chief Operating Officer and then from 2016 as Chief Executive Officer. Before joining MEC, he gained many years of experience in large companies. He spent almost five years with Telefónica in Madrid, where he quickly became Head of Media & CRM Communication. Tino previously worked for Audi AG, where he was responsible for the national media management. He began his career at MediaCom after completing his business administration studies at the Friedrich Schiller University in Jena in 2002.