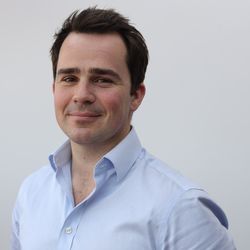 Howard grew up in Germany and studied at Cardiff and Heidelberg University before an 8 year career in the British Army as a Reconnaissance Officer. He travelled widely and specialised in languages and human intelligence. Following a successful first career outside the Army in software, with AppDynamics (now part of Cisco), he is now Sales Director - DACH and Eastern Europe, for Permutive, globally the fasting growing DMP. In two years Permutive redefined the UK market and now works with 8/10 of the biggest UK publishers (including The Mail, NewsUK and The Telegraph) and the majority of all UK publishers, as well as BurdaForward in Germany. Howard is looking forward to bringing the advantages that made Permutive and our UK partners so successful last year to the German market, in the face of massive changes in the industry. He is particularly excited about growing the DACH & Eastern European team at Permutive and finding the site for the German office in the coming months (all suggestions welcome!)