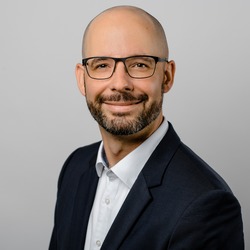 Since October 2018, Achim Schlosser has been Chief Technology Officer of the European netID Foundation and pushes the implementation and further development of the open login standard netID. After working for EADS Germany and Deutsche Post Direkt, Schlosser joined ParStream, now part of Cisco Systems, in 2013. There, he managed global product development and technical consulting, especially in the area of online marketing. From 2015, Schlosser, who holds a degree in computer science, worked as a senior manager at KPMG Germany, where he played a key role in building up the business around data-driven technologies.