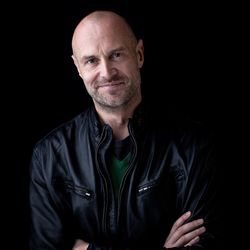 As VP Strategic & Regulatory Affairs, Ulrich Hegge has been responsible for the worldwide coordination of regulatory affairs and related strategies since the end of 2017. Marius Rausch took over business development of the world’s largest independent advertising technology provider in Central Europe and reports to Ulrich Hegge. Ulrich Hegge is one of the original online experts. While studying for a degree in law, he started DaWIN, one of the largest European internet projects at the time. Hegge has several years of experience in leadership positions at large media houses and also as a founder, investor and managing director of start-ups. In the past, Hegge has contributed, among other things, to the launch of stern.de at G+J, and was a member of the management board at G+J Electronic Media Sales GmbH. He also founded e-commerce company e-dict, which was successfully sold to the Gauselmann group. As co-founder and CEO of 7d/wunderloop, he was in charge of operations for the audience-based marketing technology provider for almost ten years. wunderloop was sold to AudienceScience in 2010. Following his stint as Managing Director at Media Innovation Labs from Hubert Burda Media and Burda Information Services, Hegge held the role of CSO/Chief Representative at comdirect Bank, where he was responsible for marketing, sales, product management, construction financing and investment consultancy. To this day, he holds roles on the boards of several Ad-Tech companies, some of which he has also invested in.