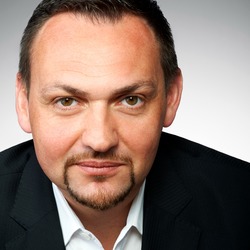 Carsten Rauh leads global native sales at Microsoft Advertising for the EMEA and LATAM region as Sr. Director Global Native Sales. Rauh, born in 1974, began his professional career in the agency space at Plan.Net Media at 2004, and Head of Online Sales at IDG Entertainment Media GmbH in 2007. He joined Yahoo! in 2009 and got appointed Director Account Management in 2014 for Search, Display and Native. In October 2015, Rauh finally switched to Microsoft Germany. Until August 2021, he led the German advertising business as Managing Director and the global manager excellence community of Microsoft Advertising. Since September 2021, Rauh was appointed to Senior Director Global Native Sales. He is responsible for native advertising in international markets in Europe and Latin America and part of the EMEA leadership team. Carsten Rauh has a degree in media technology from Leipzig University of Applied Sciences and lives with his family in Munich. He spends his leisure time cycling, hiking and skiing the mountains.