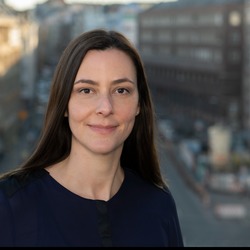 As VP of Sales DACH, Carol Starr leads Hivestack's sell and buy-side business in the DACH region. Her role as a territory leader is based in Berlin, Germany, where she's working closely with Hivestack's client services and product teams to help advance adoption of programmatic Digital out of Home in the DACH region. Carol brings over 10 years experience working in programmatic advertising where she held several roles at ad technology companies. Prior to joining Hivestack she worked at Pulsepoint DSP in the USA and Magnite (formerly Rubicon Project) where she led Magnite's market strategy across Central Europe as Managing Director.